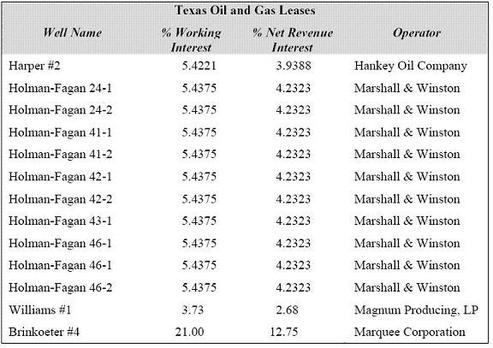 A brief description of our Texas operators is as follows:

Our West Virginia wells are maintained and operated by Allstate Energy Corporation, a local operator, under the terms of an operating agreement. Allstate maintains an interest in each of our wells.